Sa Dragonera is a telluric place for many of us, we feel inspired looking this island from Sant Elm coast and even more from the sea, when the sun goes down, disappearing day after day in the water behind this small and magical island. But it’s also a fundamental enclave for the surrounding flora and fauna. 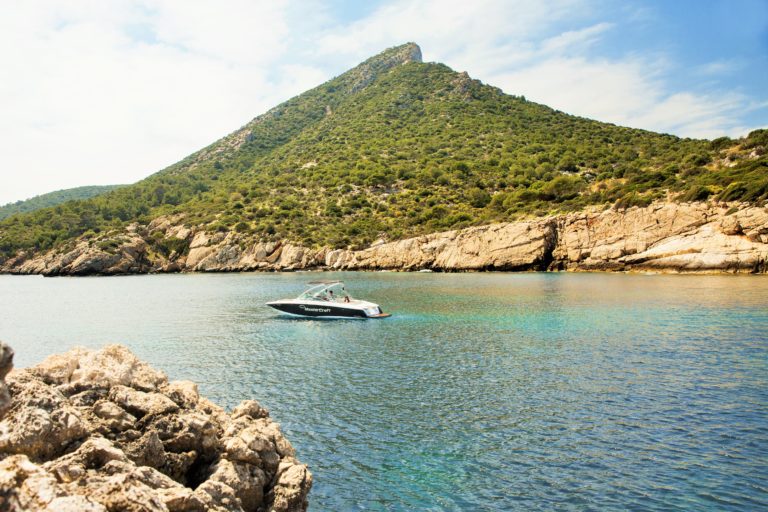 The most emblematic fauna example of Sa Dragonera is the “sargantana” (Podarcis lilfordii), a species of lizard endemic of the Balearic Islands.

It’s extinct on large islands like Mallorca and Menorca, but there is a diversity of mind-boggling subspecies scattered among the islets of our archipelago.

The sea that surrounds us has been the key for natural evolution to act differentially in each of the isolated populations. If Darwin, instead of travel to the Galapagos in 1835, had approached our islands, he could have reached the same conclusion about the origin of the species.

Sa Dragonera, located in the southwest of Mallorca, is separated from it by a small strait about 800m wide and a maximum depth of about 15m.

In the last year, 912 hectares of the Dragonera Strait have been declared a Marine Reserve. For this, fishing and diving activities have been regulated.

The “Freu de Sa Dragonera” area is also of incalculable ecological value, due to its diversity of habitats and biological communities in a limited space. The latest data shows that the fish populations is three times higher than in unprotected control areas. The underwater landscapes of Sa Dragonera are also a jewel to be conserved. A sample of what we find around the Balearic Islands, where the prairies of Posidonia oceanica stand out, the cradle of many of the marine species that inhabit the seabed.